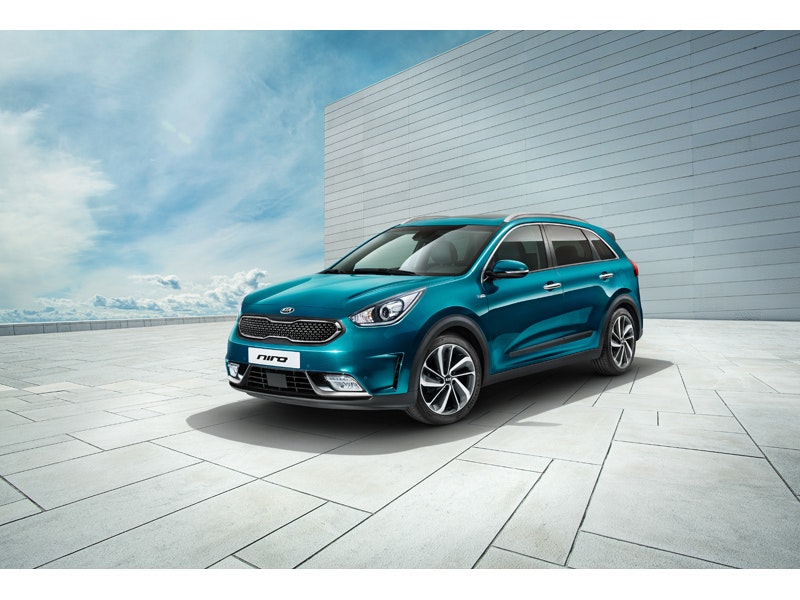 Kia Corporation has announced its four key business targets for 2030. These core business aims include: accelerating electrification and achieving annual sales of 1.2 millionbatteryelectric vehicle (BEV) units by 2030; reaching 4 million annual vehicle sales by 2030, including over 2 million eco-friendly models; expanding the application of connected car feature and autonomous driving technologies to all new vehicles; and become the number one brand in the global purpose-built vehicle (PBV) market by 2030.
Ho Sung Song, President and CEO of Kia Corporation, said:"Kia has been undergoing a full-scale transformation which has included changes in corporate vision, logo, product and design, and strategy. To achieve the company's vision of becoming a Sustainable Mobility Solutions Provider, we will focus on accelerating the transition to future business models. We will become even more customer-centric in our approach and pursue a dynamic transformation while maintaining sound business operations."
During the two years since first revealing its Plan S strategy, Kia has developed into a leading global electric vehicle (EV) brand while recording its highest ever gross revenue and operating profit in 2021. For further information see the亚博体育report on电动汽车: Land, Sea and Air 2021-2041.

Starting with an annual global sales goal of 3.15 million units in 2022, Kia aims to achieve 4 million units in 2030, a 27 percent increase from Kia's target for 2022.
As part of this quantitative growth, the company will also expand sales of eco-friendly vehicles (including BEVs, plug-in hybrid electric vehicles (PHEVs) and hybrid electric vehicles (HEVs)) through enabling and accelerating its electrification efforts.
The company will make the sales of these vehicles the focus of future business growth. Kia will expand the proportion of eco-friendly cars from 17 percent of global sales in 2022 to 52 percent in 2030.
In major markets with strong environmental regulations and a growing demand for EVs, such as Korea, North America, Europe and China, Kia plans to increase its proportion of eco-friendly car sales by up to 78 percent by 2030.

Starting in 2023, Kia plans to launch at least two BEVs per year and build a full line-up of 14 BEVs by 2027. Compared to its previous plan to release 11 models by 2026, Kia will add two electric pickup trucks - a dedicated electric pickup truck and a strategic model for emerging markets - and an entry-level BEV model.
Kia plans to launch its flagship electric vehicle the EV9 in 2023. Although the EV9 is a large SUV with a total length of around 5 meters, it has acceleration of 0-100km/h in five seconds, and range of approximately 540km on a full charge. It can also provide 100km driving range on a six-minute charge.
A first for Kia, the EV9 will also feature OTA (Over the Air) and FoD (Feature on Demand) services that will allow customers to selectively purchase software functions. In addition, it will be the first model to be equipped with Kia's advanced AutoMode autonomous driving technology.

Thanks to new models like the EV9, Kia aims to increase sales of its BEVs. Starting with 160,000 BEV sales this year, Kia aims to sell 807,000 units in 2026 and 1.2 million in 2030 - a 36 percent increase from the 2030 EV target announced during last year's CEO Investor Day.
Kia projects that over 80 percent of its BEV sales in 2030 will come from Korea, North America, Europe and China, with BEVs taking a 45 percent share of total Kia sales in these major markets.
Korea will serve as a global hub for research, development, production and supply of EVs, while other global production sites will produce strategic EVs for each market.
In Europe, for example, small and medium-sized EVs will be produced starting from 2025. In the United States, where mid-sized SUVs and pickups are popular, electric versions of these models will be produced locally from 2024. In China, Kia plans to introduce mid-size electric vehicle models from next year, and India plans to produce entry and mid-size EV models from 2025.
Kia is planning to establish abatterysupply and demand strategy and upgrade battery technology as demand is expected to increase significantly from 13GWh to 119GWh in 2030 due to increased EV sales. Kia plans to supplybatteriesfrom the Indonesian battery cell joint venture and will simultaneously establish a stable battery supply and demand system by outsourcing to global battery companies.
In addition, the company plans to increase battery energy density by 50 percent by 2030 and reduce system costs by 40 percent, thereby enhancing both performance and price competitiveness.

From 2025, all new Kia vehicles will be equipped with class-leading connected car features. With the availability of OTA software update (Over-the-Air) and FoD (Feature-on-Demand) services across the Kia line-up, customers will be able to keep their vehicles up-to-date with various features and technologies.
Kia's range of autonomous driving technologies, branded 'AutoMode', will be expanded throughout the line-up starting with the EV9 in 2023. AutoMode supports performance optimization through wireless updates and will be improved as the technology develops. It will also include Highway Driving Pilot feature which would enable driving without driver intervention on highway sections.
By 2026, all new models launched in major markets will be available with AutoMode autonomous driving technology, with an adoption rate expected to surpass 80 percent. Long term, the company plans to further upgrade AutoMode technology and implement fully autonomous driving technology.
Kia will also focus on providing differentiated design for its products and expanding high performance model offerings. Beginning with the launch of the EV6 GT high performance model, Kia plans to expand the GT line-up to all BEV models.

The company also plans to focus on PBV. The demand for delivery and logistics services has increased significantly following the acceleration in e-commerce during the Covid-19 pandemic.
在短期内,克钦独立军计划开发PBV模型derived from current models such as Niro Plus due to be introduced later this year. Niro Plus will be based on the company's popular eco-friendly Niro SUV and is expected to be deployed for taxi service as well as car-hailing services. For further information see the亚博体育report onAutonomous Cars, Robotaxis & Sensors 2022-2042
In the mid-to long term, Kia will develop dedicated PBVs. The dedicated PBV will be developed as flexible structure that sits on a flat, skateboard EV platform, so that the size and shape can be adjusted according to the purpose and customer needs launching the first dedicated model in 2025. As the PBV market grows, Kia plans to gradually expand its range from micro to large PBVs that can potentially offer an alternative to public transportation or even be used as mobile offices.
Source and top image: Niro Corporation