Delivery of the PlusDrive Autonomous Driving Technology to FAW 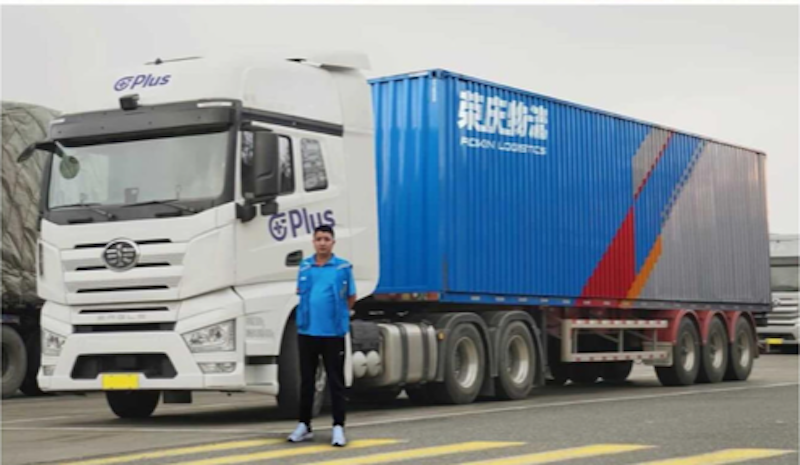 Plus (formerly Plus.ai), a global provider of self-driving truck technology that recently disclosed its proposed business combination with Hennessy Capital Investment Corp, announced today that Plus has delivered the initial production batch of PlusDrive autonomous driving units to FAW in order for FAW to integrate the units and launch China's first driver-in autonomous trucks.
The delivery is part of an agreement with FAW in which Plus sells PlusDrive units to FAW, which will handle the installation of the autonomous driving technology on their factory production line. FAW will leverage its extensive sales and service network to manage the sales and maintenance of the autonomous trucks. FAW and Plus will work together to update and maintain the autonomous driving technology behind PlusDrive. For further information see the亚博体育report onAutonomous Cars, Robotaxis & Sensors 2022-2042.
"2021 has been a particularly exciting year for our team at Plus as we start to deliver our core autonomous trucking product, PlusDrive, to the market. Whether that is directly to fleets as we have done in the U.S. or to OEMs like FAW in China, we are excited that soon fleets will be operating their PlusDrive-enabled autonomous trucks on public roads in both the U.S. and China. Looking ahead, we will continue to execute against our go-to-market strategy as a technology provider enabling the trucking industry with our cutting-edge autonomous driving solution. We are committed to generating long-term, sustainable shareholder value,"said Shawn Kerrigan, COO and Co-founder at Plus.
FAW's new line of autonomous trucks has so far received thousands of units in pre-orders from large fleets in China, including new pre-orders from Rokin and Duckbill which adds to the pre-order from Guangzhou Zhihong.
Xiong Xingming, CEO at Rokin, China's largest refrigerated and frozen goods transport company with more than 60,000 trucks, said:"Autonomous trucks powered by PlusDrive are a revolutionary product for our industry. It enhances safety, efficiency and sustainability. This will bring tremendous benefit to our network of commercial vehicles."
"As the trucking industry faces a continued driver shortage, the demand for autonomous trucks that enhance the safety, efficiency and sustainability of long-haul trucking is increasing. We recognize the immense value that FAW's autonomous trucks powered by PlusDrive will be able to deliver across our network of over 30,000 trucks,"said Liu Zhiyuan, CEO and Founder of Guangzhou Zhihong.
Temasek Holdings-backed container truck fleet company, Duckbill, operates a network of over 40,000 trucks. Tang Hongbin, CEO and Founder of Duckbill, said:"Container trucking is growing significantly, and fleet efficiency is critically important for the continued expansion of our business. We look forward to working with Plus on applying autonomous driving technology to make container trucking more efficient, lower shipping costs, and benefit consumers globally."
Source and top image: Plus